I am currently working on the cover design for The Legend, which is an exciting part of the publishing process. Luckily, I now have the most awesome publisher to guide me, and of course, my uber-talented, graphic-designer bestie, Wendy, but working on this latest cover took me back to my first, disastrous attempt.

Way back when I started my writing career (I say this as though decades have passed, but in fact it was only 2 years ago this month,) I had no idea how everything worked. I was overwhelmed and terrified that my ‘masterpiece’ would be snatched up by someone who might steal my idea, and pass it off as their own. (Note: I have since learned that in fact getting someone to even READ your manuscript is a feat, let alone getting them to like it enough to consider stealing it.)

In desperation, not wanting to fumble my way through the process, I instead paid someone to fumble through it for me. I now advocate other writers to never, EVER pay someone to assist you in the self-publication process. There are many reasons I say this, which will come out in dribs and drabs, but for now, I will address the issue of: COVER DESIGN.

I approached my vanity publisher with great enthusiasm. In fact, I had an inkling that once they read my manuscript, they would love it so very much they would make the transition into full-blown traditional publishing simply so that they could distribute my book. It was going to be THAT big…. I soon began to doubt that any member of their organisation had even read my book, as you will see for yourself.

I describe The Legacy as an edgy, action-packed, adrenalin inducing thrill ride. Dystopian, with a slight element of science fiction. Rebecca is the strong and feisty leader of The Legion – an army of super-soldiers, intent on defeating the most powerful leader since WW3.

I was asked if I could supply a brief – a simple idea of what I wanted or didn’t want. This was what I supplied:

“My story is slightly futuristic and the genre is dystopian – common novels in this genre are the Hunger Games, The Host, etc.  Think ‘I am number four.’  My lead character is a soldier (not in the traditional sense with soldier garb, but she is rising against the President and can kill people with her bare hands).  If I had to compare her to anyone I would say Sarah Connor from The Terminator, without the guns.  She is beautiful but she is also very strong and “kick ass” There are a few elements to the story that could be used in the cover, but obviously not all of them as it would be very busy. They are:

Here is the first cover I received (Note: I actually had to take a few calming breaths before opening this document because I could not deal with the thrill of seeing my story in picture form) You might want to do the same….. 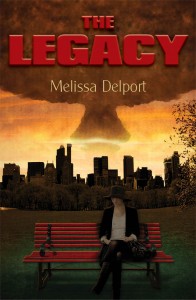 At this point I experienced what could only be described as a cross between the anti-climax of the century, and an irrational urge to laugh until I peed my pants. I love a good sense of humour and this had to be someone’s idea of a joke, right? Because, surely… SURELY no-one in their right mind could expect me to take this seriously. Turns out… they did. Now perhaps being a new writer, and somewhat “green”, people assume you are an idiot. I owned a successful business and have a degree or two, so I’m not entirely stupid. A horrible, sinking suspicion began to gnaw at the back of my mind. Did they not even read my book?

In my head I wrote the following reply:

“Hi. Did you perhaps read my book? The cover doesn’t really seem to fit the story. (***understatement of the century***) While I truly appreciate the (100% PAID FOR) time and effort you have taken with my cover, I must point out that red is not really my favourite colour. Could we perhaps try a more modern & clean cut font? I also feel that Rebecca, being a soldier who could quite literally rip your throat out with her bare hands, might want to rethink that wardrobe. The year is 2044, after all. Also, while I like the serenity, and reading is most certainly my favourite pastime, I am quite sure that no novel is gripping enough that you would remain so utterly engrossed in the story that you would fail to notice the nuclear explosion going off in the background. The park bench is lovely and quaint, but perhaps best suited to a period saga.” 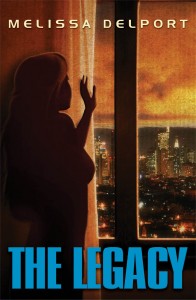 “Hi again. Wow, well this is different! I’m not sure if you have found the time yet to actually read my book (for the big fat fee I am paying, you should have made a big blockbuster movie out of it by now) Um, if I’m being utterly honest, the blue is really not what I had in mind. Also, the picture itself is a little too steamy for the genre of my book. (I mean, WTF is she looking out of the window for?? “Honey, come to bed,” – “Just give me a second, love, I want to watch this atomic bomb first.”) This seems more suitable for Mills & Boon, or an exotic romance – perhaps 50 Shades of Orange.” 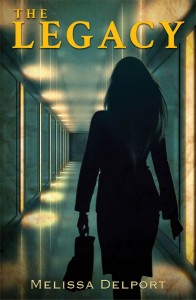 “Are you freaking retarded?? And don’t even TRY and tell me you read one page of my book! In case you are not familiar with any other profession but shitty graphic design, here are a few others:

Soldier: a person who serves in an army

Lawyer: the person in this crappy latest cover design

Oh, and another thing: Did you know there is an entire spectrum of colour out there… even my three-year-old has progressed beyond red, yellow & blue. Stop, just stop! This is becoming physically painful. I will provide my own cover, give me a day or two. Oh, and by the way… the eighties called – they want their pictures back.”

Thankfully, I have a BFF who is a gifted graphic designer. I had not called upon her initially because I was paying good money for a service an I wanted my pound of flesh. Instead, for free, I got the most marvellous cover, which was everything I had wanted and more.

Needless to say, I never went back for my subsequent books, and I put it down to another publishing lesson learned – have more faith in your book, and don’t pay someone to do something you are more than capable of doing yourself.